Hand in Hand Afghanistan (HiH Af) is a not-for-profit and non-governmental organization registered with Ministry of Economy of the Government of Islamic Republic of Afghanistan (License # 890; 21 December 2006) working towards elimination of poverty through creation of enterprise and jobs.

HiH Af’s vision is an Afghanistan free of poverty, where gender equality is its cornerstone.

HiH Af’s mission is to work for economic and social empowerment of the poor by supporting the creation of enterprises and jobs, and the generation of higher incomes. Targeting the poor and marginalized communities, with a particular focus on poor women, HiH Af empowers SHGs, provides support and training, and helps them access credit, information, markets and opportunities.

HiH Af is committed to good governance and follows recommended best practices.  The HiH Af Board of Directors is the governing body chaired by Ms. Seema Ghani, with a mission to guide and take strategic decisions for the organization’s long-term future and oversee its financial affairs, while holding its Chief Executive Officer (CEO) to account.

No staff members are voting members of the Board though the Board and the CEO work in close partnership. The Board composition covers essential skills, knowledge to complement that of the staff, and it pays particular attention to issues of security, fraud and corruption. Hand in Hand International has an ex officio seat to bring international experience and create a fiduciary link to donors. 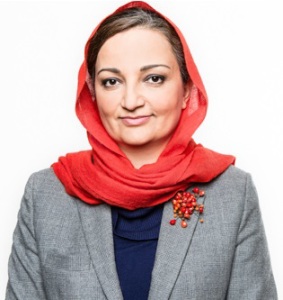 Ms. Ghani has been chairing Hand in Hand Afghanistan Board of Directors (BD) since 2008. She obtained a Master of Science degree in International Business and studied another Master of Science course in Development studies in the UK, where she worked for PriceWaterHouseCoopers as a consultant. Since returning to Afghanistan in 2002, she has served in government as Director General of Budget for the Ministry of Finance and Deputy Minister of Labor and Social Affairs. She led the reform of the Afghan Chamber of Commerce and served as a member of its board. Later, she set up The Khorasan Charity, which provides care for some of the most vulnerable children in Afghanistan. She is also a member of several civil society boards, including the Khurasan Charity, the Afghan Technical Vocational Institute, The Afghan Family Guidance Association and Open Society Afghanistan. She is also the Founder of People’s Movement Against Corruption in Afghanistan. 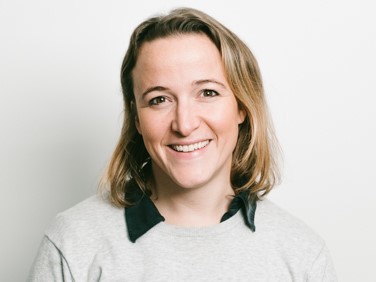 Amalia has worked in international development for more than 12 years, specialising in financial inclusion and supporting rural livelihoods. Prior to joining Hand in Hand as Head of Programs, she was Head of Financial Sector Development at Nathan Associates, overseeing the organisation’s portfolio of financial sector focused work. Amalia has worked with and advised a range of institutional and corporate donors, including DFID, SIDA, FSDA, Access to Finance Rwanda, Mastercard Foundation, Barclays, and Deutsche Bank. She also worked at Plan International UK, and spent several years at the OECD and in the UK financial industry. She has a Masters in International Affairs from Columbia University and a Bachelor degree in Economics from the University of Cambridge. 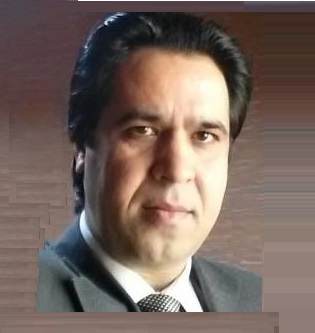 Mr. Saifi is the Policy and Organizational Development Adviser to Minister of Labour, Social  Affairs, Martyrs and Disabled. He has been a member of Hand in Hand Afghanistan BD  since 2010.  Mr. Saifi holds an MSc in Development Management from London School of  Economics. He has served in the government and international organizations and is highly  qualified and professional with a successful track record of thirteen years of work experience,  more than ten years of which have been in senior management and advisory positions. 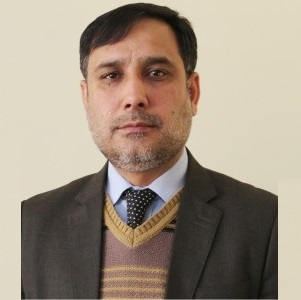 Najibullah Samim is the CEO of Harakat Afganistan, he has formerly been serving as the Executive Director of Afghanistan Microfinance Association (AMA) and worked as Managing Director of Microfinance Agency for Development and Rehabilitation of Afghan Communities (MADRAC). He has also served as Board member and Chairman of AMA for many years. He has 19 years of working experience in the field of Development out of which 12 years in the field of Microfinance.

Mr. Samim obtained his MBA degree from Preston University in 2002 and his B.Sc. degree in Civil Engineering in 1997. He has represented AMA in many international conferences and forums.  He has been a board member of the South Asian Micro-entrepreneurs Network (SAMN) since its inception in 2008 and is currently serving as its Vice Chairman. 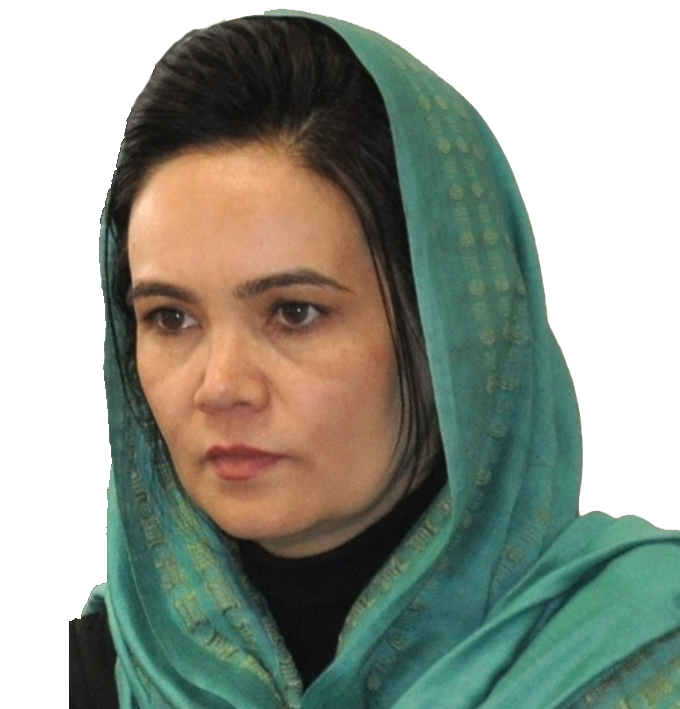 Jamila Omar holds a bachelor degree in journalism from Kabul University. After working as a lecturer at the Journalism Faculty of Kabul University for a while, she has worked with several international human rights organizations based in Kabul between 2002 and 2009. Later, she was director of a human rights organization for years after which she joined Afghan Parliament as a national gender adviser. She has experience in management, human rights advocacy, social research and public affairs, media management and communications.

Between 2006 and 2009 she has designed and studied around 10 research projects on human rights concerns of Afghan people around local governance, labor rights, women’s leadership, violation against women and other thematic human rights issues.

Ms. Omar was volunteer member to tens of associations and social networks including Joint Advocacy Committee, Child Rights Forum, Human Rights Advisory Board, and Transitional Justice Group. She has been an elected member at the Steering Committee member of Agency Coordination Body of Afghanistan for four years, and was appointed by former Afghan president to the Independent Media Commission 2011 and Independent Commission of National Radio Television 2014. 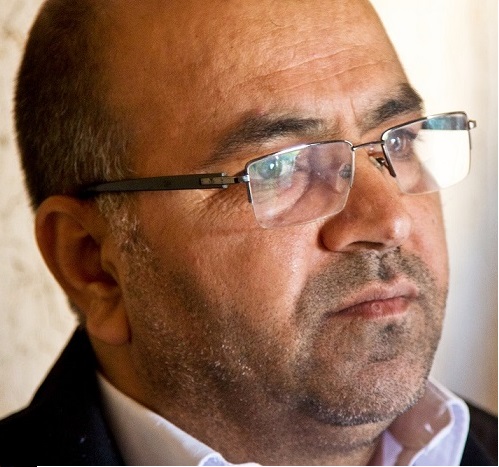 Nasry joined Hand in Hand Afghanistan in February 2012, he brings a wealth of experience to Hand in Hand from both government and NGO sectors.

His experience includes extensive work at the Ministry of Labour, Social Affairs, Martyrs and Disabled, where he was responsible for the implementation of a number of programs including the National Skills Development Program, which is a priority program of the government of Afghanistan. Later as Strategic Advisor to the Deputy Minister, he was responsible for the “Afghanistan Pension Administration/Safety Net Project” funded by the World Bank. Before joining the Ministry, he spent some twenty years working with a number of International NGOs in Pakistan and Afghanistan.

He holds an Executive MBA from the Preston Institute of Management Science and Technology in Pakistan. Over the past twenty years, he has also participated in a large number of training courses, seminars, workshops and conferences around the world with an emphasis on skills development and poverty reduction. 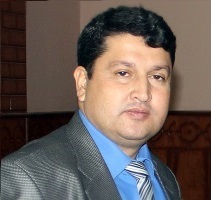 Dr. Ahmad Kamran Hekmati joined HiH Af in the capacity of Program Manager in September 2013. He has come to the organization with his 15 year experience of leading and managing community development projects in and outside Afghanistan. Before joining HiH Af, he has worked for the Afghan Red Crescent Society, the Medicines Sans Frontiers, the World Health Organization, the Management Sciences for Health, and the University Research Co. He received the Exceptional Performance Award for Health Care Improvement Project in 2012 from the University Research Co., LLC Bethesda, USA in October that year. He graduated from Balkh Medical University in 1998 and in 2011 successfully completed the one year Improvement Advisor Professional Development Program in Accra, Ghana by Institute of Healthcare Improvement, USA. 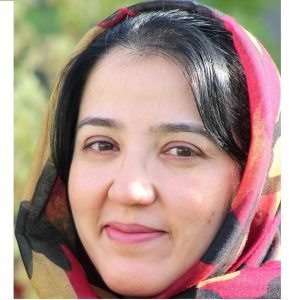 Sama has 11 years of working experience as a member of Admin/Finance team with implementing partners of well-known national and international organizations, such as DABs, MEC, IDLG, Ministry of Health & Ministry of Education, in various development projects such as The World Bank, US Embassy, UNDP, DFID, DANIDA, and The Global Fund. She was the honorary treasurer for Afghanistan Family Guidance Association board. 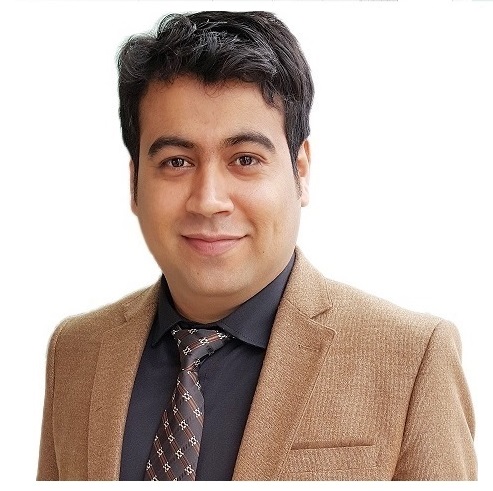 Mr. Azimi started his professional career with Hand in Hand Afghanistan in  February 2008. He has been through different positions during his ten years of employment including MIS officer, Public Relations Officer, Deputy Provincial  Coordinator and is currently working as Deputy Program Manager to assists the  program manager in managing project implementation, planning and reporting. He  has a good knowledge of the organizational history and  led development of  the first Management Information System for Hand in Hand Afghanistan.

Rafi has received his BA in Economics and a Diploma on Information Technology. He has pursued technical studies in one of the Institutes in Mazar-e-Sharif. He has also attended a series of training including ‘Making Market Work for the Poor’ in Stockholm Sweden and Hand in Hand’s Social Entrepreneurship Program in South Africa.

Hand in Hand Afghanistan is a member of the Agency Coordination Body for Afghan Relief & Development (ACBAR) and Afghanistan Microfinance Association (AMA).