SUCCESS IS GAINED BY EFFORTS!

Sancharak is a targeted district under the project of “Reducing poverty and gender disparity in Sarepul Province of Afghanistan by improving household incomes and financial resilience for rural women through enterprise and job creation” which is co-funded by DFID and Hand in Hand International. Agriculture represents the major source of income for three quarters of the households in the district.

Women are rarely active for income generating activities. Those who are active are mostly invisible in their houses due to cultural barriers. Only some are trying to get out of the closet and show the male-dominant society that women have rights and abilities.

With help of Hand in Hand Afghanistan, Rozikhal – a widow and a mother of three children – is now an idol to her village Roshulfi of Sancharak district. She now earns monthly an average income of 6,000 AFN by selling goods in her small shop for customers who are mainly neighbors and residents of her village. This is a remarkable change for her as she could barely earn monthly 1,500 AFN before she joins HiH Af SHG. She now pays for education expenses of her two children, a boy 12 and a girl 7 years. In her life, she has faced various challenges and things were not as smooth as it is now.

Ms. Rozikhal’s husband, Tash Ali, died in a time when she needed him the most. He was the in-charge of family and was responsible for expenses. After his death, Rozikhal looked ways to help her family and raise children by her own. She used to weave carpet but because she was getting old and market demand were low, she had to pursue other opportunities. It was until she was introduced to services of HiH Af in her home district. She joined Nasreen Self Help Group (SHG) and was selected to be the cashier of the group. She quickly learned how to start a successful micro-business and was persuaded by her members of the group of start a shop and sell eggs and mobile top-up-cards. She received an internal loan of 4,000 AFN and invested in her shop and later expanded selling good in the shop. She says that she had no idea that result will work out for her.

“I am very happy that I have joined Nasreen SHG. I think I can learn more and work to expand my business and thereby help my family in different ways.” Says Rozikhal. 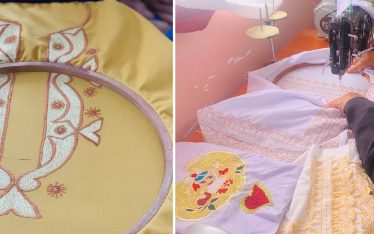 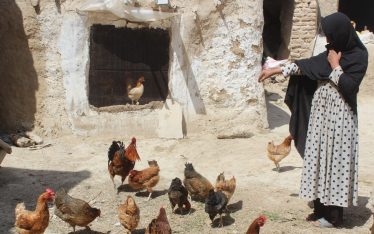 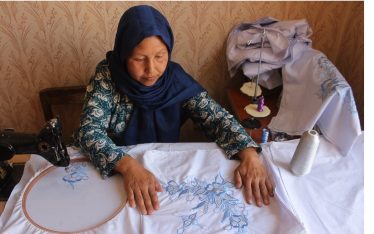