Under the One District One Product (ODOP) project in Herat and Parwan provinces, Hand in Hand Afghanistan in collaboration with the Afghanistan Rural Enterprise Development Program (AREDP) organized two separate exhibitions in each province. The exhibitions aimed to promote and introduce Enterprise Groups’ Value Added products and connect with the  market actors. In Parwan province the exhibition took place on December 17, 2014 and in Herat on December 24, 2014. Local residents as consumers, traders, wholesalers and retailers, visited the exhibitions, bought the products and established linkages with the producer groups. 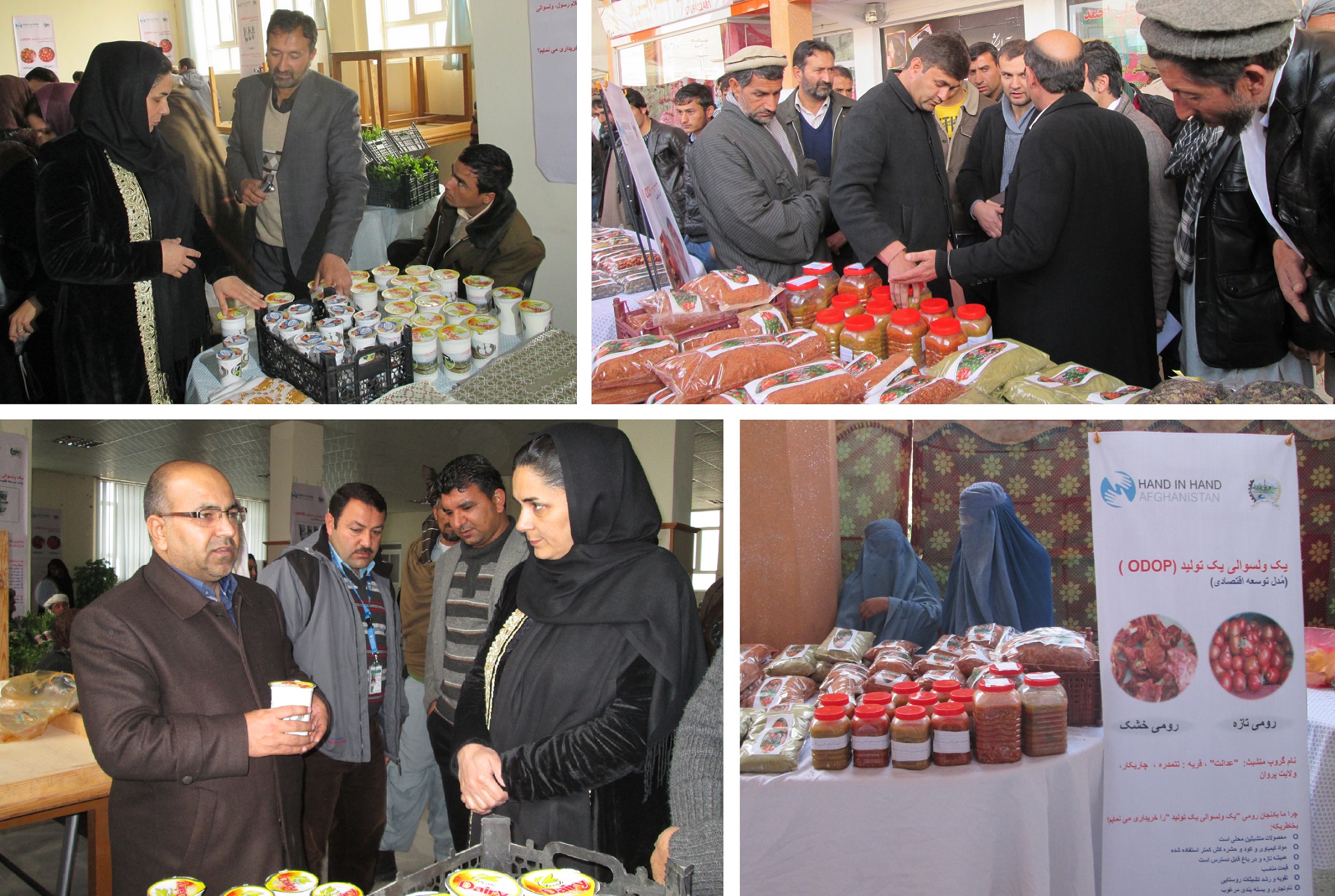